The dreaded runner’s wall is something you are likely to be familiar with if you’ve ever laced up and pounded the pavements or trails. Whilst it isn’t you literally running into a brick wall, it can sometimes feel not too dissimilar.

Any runner can face the runner’s wall, whether you’re a seasoned marathon runner, or a new runner just starting out and finding your feet. These barriers can be either perceived (a mental block) or actual (something like gut issues from not working out your run nutrition to suit you) or even both but believe me, you’ll know when you hit that wall!

Sometimes the runner’s wall can start out as an actual barrier, like injury or gut issues, which can go on to become a mental block once you’ve returned to running. You can find that you put up a mental block at the distance you previously struggled at, and convince yourself that you cannot run any further. Henry Ford once said; “whether you think you can, or you think you can’t- you’re right.” He’s right, as soon as you get in your head and tell yourself you can’t possibly run any further, you’re going to struggle.

My first ever marathon was a virtual one, all by myself around my local area, on THE hottest day of the year. I hit the wall HARD at 30km with 12km still to go. I stopped and balled my eyes out, fully convinced I didn’t have it in me to continue. What did I do? I called my boyfriend, he reassured me I had it, it was only 12km and what’s 12km. Still not fully convinced I had it, I called my friend and she stayed on the line with me telling me funny stories while I snivelled my way through a further 8km. Then I had just 4km left… I took it 1km at a time and focused on putting just one foot in front of the other. I was SO close, I couldn’t not finish now, not after how far I had come. The last 4km were the longest 4km I think I have ever run, but my inner cheerleader did everything she could to get me to the finish.

I’ve put together some tips for combatting the wall and breaking that barrier to run to your full potential. 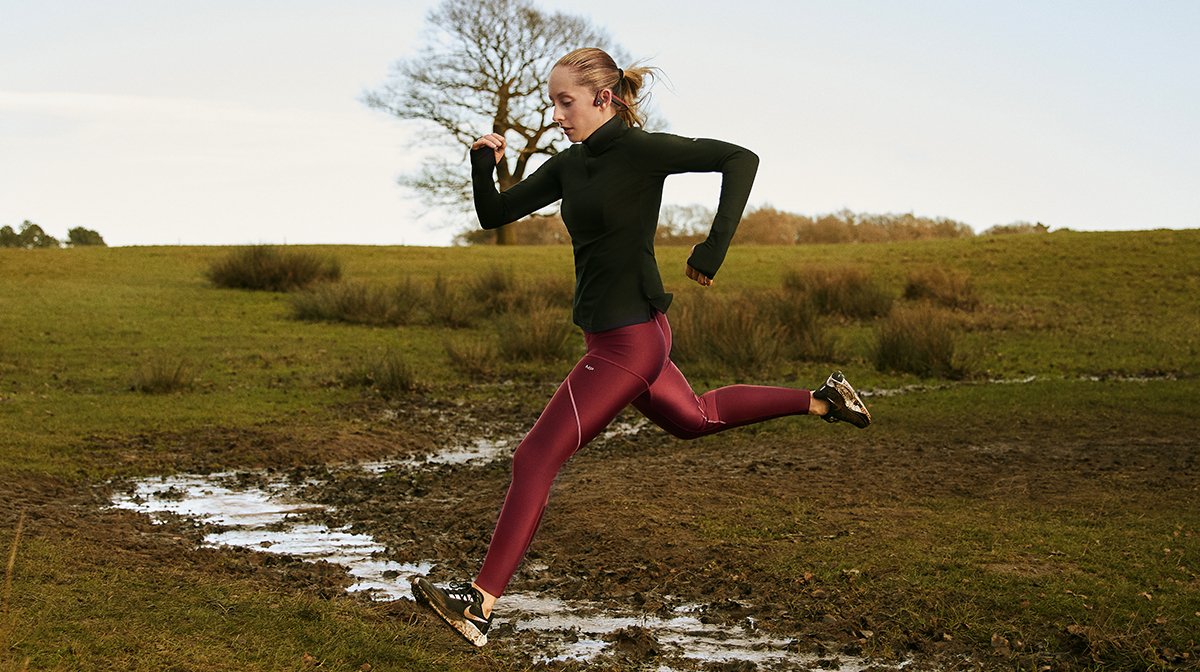 Have you ever found yourself saying ‘I could NEVER run that far’ or ‘I could never run for that long’ when you see people pop up on social media and they’re running miles and miles each week as if it’s nothing? This could be the very start of what leads to a distance or time-based mental block. Before you’ve even set out for your run you have decided that it’s simply not possible for you. Fast forward a couple of months and you’ve signed yourself up for a marathon because you have started to enjoy this ‘running thing’ that you started. As distance ramps up and your long runs get longer, you get stuck when you feel like you simply cannot run a second longer. Believe me, this is your mind telling you it is not possible, but from a biomechanical, physical standpoint, you have many more miles left in you.

So what do I do when I face the runner’s wall? There are a few factors that come into play. Before heading out on your run, how well-rested are you mentally and physically? How well fuelled are you to take on what you are about to take on? Are you heading into the run already defeated? Are you good at or okay with really hyping yourself up to get yourself out of a slump? What do you listen to?

Personally, I find I need a rest day before a long run, and lots of food. If I go into the run having already decided it isn’t going to be my day, the wall hits early on and I really have to dig myself out. I find that music is not good for me on a long run so I listen to long comedy podcast episodes. It’s both a distraction and also not a measure of time like a music playlist can be.

Believe me, you’re not alone. Most of us have been caught out or caught short when the pre/intra nutrition just doesn’t work. If you’ve been trying to find what works for you and haven’t quite sussed it out you might find that you feel terrible after your first intra fuel and then either get anxious leading up to where you’d normally fuel or fear running farther than that just ‘in case’ it doesn’t quite agree with you!

My advice would be to start trialing your race/run nutrition early on, even on a 5km run for example when you KNOW you’ll be back home soon. For some people, gels and carb drinks work. For others, it may be sweets, potatoes, malt loaf…. I ran an ultra-marathon once where someone running with me pulled garlic bread out of his bag!! The key thing here is that don’t just try what you see your favorite runner using because every body works differently. Don’t battle through the stomach cramps and emergency toilet dashes with the mindset ‘my stomach will get used to it’…. It might not and you’ll have missed so many potentially great runs fuelling how your body wants to be fuelled.

It is also important not to try a new fuel source on race day, find what works for you, and stick with it. I’m not saying that it might not take a few attempts, but when you find what works, you’ll be flying! One last good tip to save a lot of runs (excuse the pun!)-  in the 24hrs or so leading up to a big run stick to lower fiber carb sources. The green fibrous veg and wholegrain bread/rice/pasta that normally ‘helps things along’ is not going to be your friend on this occasion. 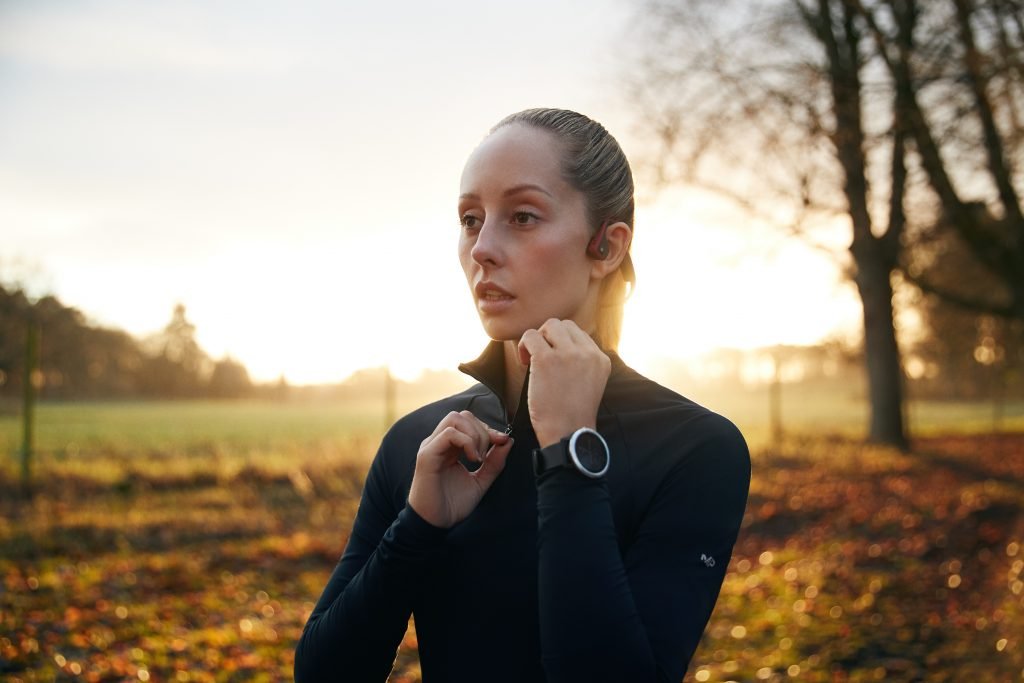 The return from injury block:

I’ll set the scene. You were out on a 10km and you went over on your ankle at 9km- just soft tissue damage but bad enough that you need to stay off it for a couple of weeks. You’ve rested to allow it to heal and you’re ready to get back into your training…

The best thing to do is to ease yourself in gently. Start with shorter runs and build up gradually over time. You don’t need to put pressure on yourself to return to where you were at pre-injury in a hurry. But equally, if you avoid running up to and past the distance you injured yourself at ‘the wall’ is going to build and build as you face that distance until it feels so big you convince yourself you can no longer run that far. Guess what?… YOU ABSOLUTELY CAN.

As your distance builds to the distance you fear perhaps try arranging a social run with a friend so that you know you aren’t alone and also a little distracted when ‘that’ distance hits. When you set out to run ‘that’ feared distance, don’t go for the same route you injured yourself on. Head out on a different route that doesn’t have the same visual cues and you’ll find it somewhat easier to smash that runner’s wall down.

What to take away from this:

Unfortunately, the runner’s wall isn’t something you only face once on a run, and never again, it’s gotten pretty good at building itself back up. BUT what you can do is fill your own toolbox with what you need to combat the runners wall and even try to prevent it from joining you on a run altogether. You’ve got to help yourself, help yourself. Remember, you are not alone. Most runners will experience the runner’s wall at some time in their running journey and can often laugh about some of their experiences (after the fact of course). Above all, you’ve got this!

Up next, find out more about the Velocity Collection.

I'm Charlotte, an ultramarathon runner seeking to push myself to see what my body is truly capable of after two heart operations in my early twenties. As an ex professional dancer and personal trainer, I have always found the joy in movement and am an advocate for others finding this joy in movement however that may look for them. In a very virtual 2020, I took on solo marathons and a sub 5hr 50km solo ultramarathon. I have some of my biggest challenges coming in 2021 that will truly test both my mental and physical strength. I'm looking forward to taking you on that journey with me.

What is a base layer?

Five MP gym accessories you won’t be able to…

Top 10 Must Haves This Black Friday